The goal of every marketer is to take the given brand message and spread it far and wide. That’s the idea behind viral marketing. With viral marketing, you create a single marketing message, say a video, and then you publish that video with the hopes that it will go viral. To illustrate how this happens, let’s look at a recent viral video – South Korean rapper Psy’s ‘Gangnam Style’ – which recently became the first youTube video to hit 1 billion views. Psy’s video pokes fun at wealthy South Koreans and includes funny dance moves choreographed by Psy himself. The video soon took off, spreading via social media, mobile devices and all other channels until it hit viral and, essentially, cult status. While your viral video marketing campaigns may not reach ‘Gangnam Style’ numbers, you can create a viral marketing campaign by following these few simple rules. 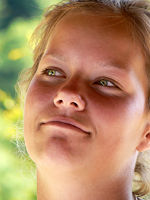 Viral video marketing relies heavily on emotion. Psy’s video makes people laugh, sing, dance and they can’t wait to show others. If you can help your viewers feel something, be it anger, humor, love or angst, you could be well on your way to a viral marketing campaign.

The most successful viral marketing videos don’t look, feel or sound like ads at all. Instead of offering sales pitches and going through the traditional styles of sales videos, have fun with it. It is ok to show your brand and even your products during your viral marketing videos, but don’t overly sell them. Instead, make your brand and product part of the overall scenario and make it entertaining. Many companies these days are creating viral video marketing campaigns that involve funny skits, thought-provoking commentary and even sad or ‘sweet’ scenes and depictions. Use your imagination, forget about overly selling your product and focus on creating a viral marketing video that people can’t wait to share.

There have been quite a few viral marketing videos that revolved around amazing the audience with something they’ve never quite seen before. Take Dove’s ‘Dove Evolution’ video. In that video, viewers are shown the evolution of beauty using current technology. That video that shows a plain looking woman transformed into a stunning model was an astounding success. Show your audience something new and unique and you just might find yourself with a viral marketing video.

Many people see viral video marketing as something you do one time. Oreo proved everyone wrong with their ‘Daily Twist’ campaign. The company published a photo every single day from June 25 to October 2 and tied an Oreo cookie to some important event in that day’s news cycle. The campaign instantly went viral on social media sites throughout the world and showed brands that viral video marketing can extend past one video for unmatched success.

While you might not be able to take advantage of the biggest and most publicized stunt of the year like RedBull with Felix Baumgartner’s supersonic free fall from space, you can take advantage of current events by putting your own unique take on it. You might take a current event or popular media sensation and create a funny skit that revolves around it or one that makes your audience think. Use your imagination and don’t let any current event go to waste.

Take a Viral Video Marketing Idea and Do It Better

Flash mobs are nothing new, but that doesn’t mean that they don’t still work for viral marketing purposes. Finn air created a viral marketing video that hailed multiculturalism and received 5 million views. Just because something has already been done before, that doesn’t mean you can’t take that idea and create a viral video marketing campaign that travels even further than all those before it.

While the above are some rules that can contribute to viral marketing campaigns, there is no cookie-cutter strategy to follow. The best thing to do is publish your video and then start working on the next one. If one takes off, that’s terrific, but it may take a few before you get the hang of it. You never truly know, however. That one video you don’t expect to do well could take off on Facebook, Twitter and all other social networks. One thing you can count on with viral video marketing: it’s impossible to predict the next best thing. Who knows? You might be the next Psy and your viral marketing video may be the second to reach a billion views, thus making viral video marketing history.