What’s in store for the next 2013 Google update? It’s really anyone’s guess. No one could have really predicted Panda or Penguin’s release and look at what an affect they had on the online world. You never know, we could see yet another epic algorithm change this year and, as one prominent blogger has speculated, we may see the search giant continue with the black and white animal theme. Could we see a Zebra update in 2013? The truth is, Google releases very little on its algorithm updates, which it releases about 200 of every year. We can only go by what’s happened thus far if are going to predict the following 2013 Google updates for the New Year. 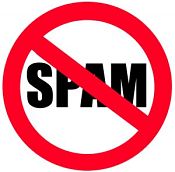 Expect Google to Continue to Go After Spam

Even though Panda and Penguin laid a swath of destruction in their wakes, anyone searching for payday loans or Emma Watson can tell you that the spammers are still in full force and they’re wreaking havoc as we speak on Google’s results pages. Therefore, we can expect 2013 Google updates to continue even more algorithm changes that target spam and duplicate content.

It’s best to assume right now that more of your prospects and customers are going to be logging in using their smartphones and tablets. If you haven’t accounted for the mobile transition of your website and marketing campaigns, you are going to lose out on this immense flow of traffic that should continue to increase well into 2014.

Since Google doesn’t allow much social media to infiltrate its results pages, we can expect 2013 Google updates to include more involvement with its proprietary social network, Google+. One of the ways Google is utilizing Google+ is by urging web content providers to use Authorship markup. This links the author to the content, thus providing more social proof. Authorship markup reveals the author’s photo and name right in the search results, and there are even links to more content by the same author. The more content the author publishes, the higher the author’s rank will climb and the more prominently that author will feature in the results pages.

Expect to see more blog entries and web pages with photos and descriptions, or Authorship markup, in Google’s SERPs in the coming year.

Google’s algorithms and search results pages are getting increasingly faster with every update. This means that you need to provide regular, high-quality content if you hope to keep up with the Joneses. If you hope to survive 2013 Google updates, provide your audience with content they can use, learn from and that they will want to share with others on social networks. 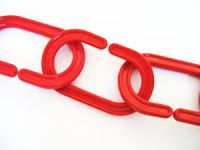 Every Google update seems to attack yet another form of link building that web masters have had success with in the past. You can expect 2013 Google updates to continue this trend. It is going to be harder and harder to gain backlinks from relevant sources. As one blogger so eloquently put it, we’ll probably stop referring to it as link building pretty soon and instead refer to it as link earning.

These 2013 Google updates are only speculation at this point, as no one really knows what goes on behind the scenes at the Mountain View, CA company, but they can give you some guidance as to how to proceed so as not to fall victim to yet another major algorithm change in the future. If you want to stay in the loop, we urge you to follow the blogs of:

We expect big things from Google in the coming year. Keep an eye out for these 2013 Google updates and any new changes the company may decide to throw at us this year. Just make sure you keep your content on the up-and-up, use Authorship markup, go mobile, be social and you will succeed.