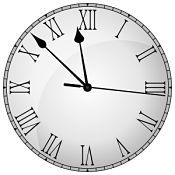 Every year we anxiously await new Google AdWords updates. Since the ad platform is the search engine’s primary revenue source, we know ahead of time that Google is going to come up with one or more updates that revolutionize online advertising as we know it. For years the search engine giant has been paving the way and changing the world, essentially, when it comes to online marketing. We always want to be on the forefront of any release so that we can get the up-and-up on any advertisers who may be competing against us. We’ll let the cat out of the bag just for you. Just don’t tell anyone. Here are the 2013 Google AdWords updates that are sure to change the business of Internet advertising as we know it.

Google is always looking to simplify things. After all, if they want the entire world using their ad platform, they had better make it as user-friendly as possible so that anyone can use no matter their educational background or technical abilities. And every year they do a fantastic job at simplifying what is already a streamlined process for advertising on the web. If you came here to learn how to update your Google Adwords campaign for 2013, have faith that the process is now easier than ever and streamlined just for you, Google’s valued online advertiser.

Google’s 2013 AdWords updates didn’t just have to do with simplicity. Google realized that many people are going to be accessing their search engine and their customers’ ads using mobile devices of various makes and models and using a variety of operating systems. This resulted in the guys and gals at Google to sit down and come up with the answer on how to solve the multi-screen world we now find ourselves in.

One of the 2013 Google AdWords updates that we’re most excited about is the enhanced Adwords campaigns. These new campaigns have several benefits. First of all, no matter how large or small your operation happens to be, you will be able to manage several ad campaigns at any one time. This tool will also allow you to manage every aspect of your campaigns, such as times, devices and locations that you wish to target.

For instance, you may want to show a particular ad to your prospects at 8PM, but you may choose a different ad for those who search at 11AM. You can also tailor your ads to show up differently depending on the mobile device they’re using. If a person is using a tablet computer, an Android phone, etc., you will be able to target them differently thanks to these 2013 Google AdWords updates.

Other benefits included with these Google AdWords updates for 2013 include:

Google said that advertisers can expect to see the full roll out for these Google AdWords updates for 2013 by mid-year. It may be sooner. You never know with Google.

Until then, it’s suggested that you keep testing your campaigns, get rid of or tweak the lower performing ads and start preparing for these 2013 Google AdWords updates as best you can. Keep an eye out for more AdWords updates to happen soon, as Google tends to keep changing things up throughout the year, rather unexpectedly at times, in an effort to remain relevant and on top.

Now that you know how to update your Google AdWords campaign for 2013, start putting that knowledge to good use as you target all of your customers no matter what devices they happen to be using. Thankfully, Google has made advertising on the web even simpler with their new updates that are sure to shake up the world of online ads.