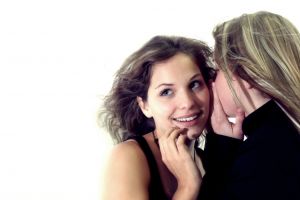 Viral marketing is an ambition that most marketers share, and for good reason. There is no better way so spread your message far and wide. Not only does your message get disseminated via social networks and blogs and email and popular online message boards, but when you create a viral marketing campaign you essentially recruit your target market to do your marketing for you. Consider one of the latest viral marketing videos: Gangnam Style by Korean hip-hop artist Psy. If you saw that video, it’s probably because one of your friends or acquaintances told you about it, mailed it to you or shared it with you on a social network. How many people did you tell about the video? That’s the power of viral marketing. To make any future campaign viral, include the following ingredients which are shared by most if not all viral marketing campaigns.

For a person to want to share your viral marketing campaign with others, you must offer a reason for the person to do so. People share Gangnam Style because it’s hip, cool, different, edgy, short, funny and everyone is talking about it. The value offered by that video is inclusion in the social meme and to brighten the person’s day. Value can also be knowledge.

Gangnam Style not only became popular because of its quirkiness, though that played a big part in it. The video also became famous because it was hosted on YouTube, the most popular video sharing site in the world. People were able to share that video with a click of a button in most cases, and that contributed to the millions upon millions of views.

Keep in mind that the more platforms you employ (as long as you don’t spread yourself too thin), the further your message will spread, and to more audiences. You may reach target prospects on Tumblr that you never would have reached if you’d only used YouTube, and vice versa. Reach out, repackage your materials for various platforms and keep everything consistent in look and design so that there’s no question that it came from you, a single source.

The best viral marketing campaigns are those that are unique in every way. For example, instead of publishing a boring how-to list on your blog, you could sing the tips into the camera while playing the guitar. If you’re good, your viral marketing video might go, well, viral and you might get your message across in a whole new way and to an entirely new subculture of your target market.

Polished Is The Only Way