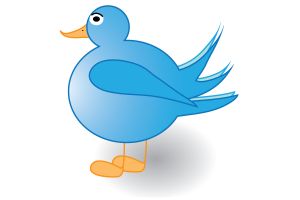 When the world began to catch onto and use Twitter, it was around the time that the world figured out that blogging was low-cost, easy and available to everyone. Back then it seemed as if everyone had a blog and today those numbers have drastically increased. The problem with blogging is that it tends to make the author of the blog long-winded. It’s hard to compress your thoughts into a few words when you have unlimited pages with which to publish your posts. The problem with that is that blog after blog, post after post – it tends to clutter up the blogosphere and the entire Internet for that matter.

In swooped the Twitter programmers who sought to tailor that communication down to only 140 characters. To give you an idea of what 140 characters looks like, consider the following sentence.

The problem with blogging is that it leads to long winded authors. Twitter taught the world and online marketers that shorter can be better.

That sentence is exactly 140 characters long. So you see that the Twitter limit is not THAT restrictive. You can get a lot of thoughts and ideas into 140 characters. You just have to be creative with it, and it pays to know a few tricks of the trade.

The most effective Twitter messages are those that include a link to some type of valuable content. This could be an interest article, a blog, or anything else. To entice your Twitter followers to click on the link you provide, or to get your message across effectively even if there are no links involved, always put the main keywords up front. The first part of your message is always the first part to get read (duh) but using your keywords will also trigger the Twitter search engine and third-party Twitter tools like HootSuite to pay attention to your tweet and possibly put it in front of interested people who use Twitter.

For example, if you have a blog you want to direct your followers’ attention to and it’s titled ‘10 Ways to Use Twitter to Your Marketing Advantage’, you might say,

Uh, oh, that sentence went over by 20 characters. If you want to check your Tweets before you actually use Twitter, you can use one of the many word and character counters online, like this one.

You see how the meat of our Tweet fit just fine. It comes in around 80 characters all by itself. To make our link fit, we’re going to have to shrink it down. Luckily, there’s a site for that too. It’s called Bitly, but you can choose any link shortener you’d like.

For this example, I used Google’s link shortener Goo.gl  to get this: http://goo.gl/zjIyb.

That’s only 101 characters, well within the limit when you use Twitter, and it’s an enticing headline that’s bound to get a few clicks. We could even put a hashtag in there so that it looks like this:

That Tweet is only 113 characters. You could name someone else in your tweet, add another hash tag or keep it short and sweet, just as people who use Twitter are encouraged to do.

Just remember, whenever you’re sending Tweets, think about what Tweets you yourself would respond to if you were in your followers’ shoes. Make your Tweets valuable, make them worthwhile and always put your best ideas and keywords first. If you set a good track record for quality Tweets, you’ll gain more followers and more online marketing attention overall.