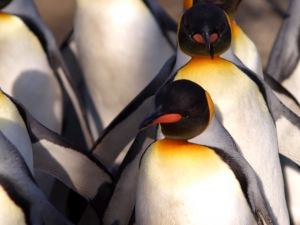 As the largest search engine in the world, it’s easy to see why everyone would be anticipating future Google updates. The search giant updates the algorithms that dictate its search results several times a year, most of those changes minor. It’s when those big changes happen that most webmasters, marketers and everyday users stop and take notice. To keep you in the loop and to prevent any surprises, here are a few Google updates for summer you should be aware of.

One of the biggest Google updates for summer that already happened is Penguin 2. This is the second installment of the major algorithm shake-up that promised to be Google’s last stand against web spam. If you are using black hat SEO techniques or if you’re buying links from link farms, this update should finally take you out of the rankings completely. At the very least, this Google update is meant to cripple any marketers who may be trying to scam the system.

If your marketing efforts are on the up-and-up, however, and if you’re doing everything gradually with high-value content that search engine users actually want, then this may be one of those Google updates for summer that doesn’t affect you in the least.

For those who may be toeing the line between black hat and white, you may have some cleaning up to do before the next several Google updates take you out of the search engine rankings for good.

One of the most anticipated Google updates for summer is the news that Google Webmaster Tools will be supercharged to include even more great SEO information and help tips for webmasters in need. Webmaster Tools is designed to help webmasters achieve top rankings the legitimate way. If you want to succeed, pay attention to the lessons included in WT and take advantage of all the new articles and help options that will be available when this and other Google updates for summer hit the web.

This is another one of those Google updates that many people are looking forward to. The updates will affect not only Google maps users, but also users ofAndroid and iOS.

iOS, as you may know, is the operating system used by Apple’s iPhone and other mobile devices. Apple really dropped the ball when it released its own heavily-flawed map application. This left Google with a great opportunity to save the day and it did –and it has ever since – with its own map app for iOS. Now the Maps app is set to get an upgrade and it won’t just work on the iPhone, but it will work on the iPad as well.

This should excite iPad users, who up until now have had to wait to use the Google Maps app. Other Google updates for summer relating to the Maps app include more prominent Zagat reviews, a five-star rating system and Google offer discounts from locations that participate.

The above represent the major Google updates, but what about the smaller algorithm changes that are bound to happen throughout the summer and the rest of the year? You can expect Google to tweak its algorithms as it continues to test and receive feedback from users. This will ultimately lead to a better search engine experience for viewers and a more targeted search marketing platform for online advertisers.

Whether you use Google to search the latest movie listings or you advertise on Adwords using highly-targeted ads, these Google updates for summer should get you excited. These Google updates represent further proof that Google is forever changing and forever improving with every turn of the calendar page. No matter what you use Google for, you can expect the search results to be sharper and the spam to be nonexistent as the search giant does everything in its power to eradicate the latter at every turn.

Will there be other Google updates besides the ones listed above? Quite possibly. Google is known for its secrecy and for its willingness to test new ideas before they’re fully unveiled. Google Panda came out of left field, as did the first Penguin.

However, as we mentioned before, as long as you are remaining on the up-and-up and as long as you focus on providing your web audience with the best experience possible, you will be able to enjoy these Google updates for summer instead of living in fear of them.

One thought on “Summer Google Updates”