Despite the fact that only 19% of brands tweet on weekends, the Linchpin study found that Twitter engagement rates for brands are 17% higher on Saturday and Sunday. You might want to include some weekend time when constructing your 2013 Twitter campaign to see if you can capture some of that engagement for your own brand. You may find that your audience only engages with your brand during the week, but you’ll never know unless you experiment.

Include Links, Image Links That Is

Out of all of the Twitter activity studied, 92% of engagement with a brand were tweets that included links. The study also found that tweets with image links have twice the engagement rates than tweets without image links. The lesson here is to tweet more links and more high quality images that your Twitter followers might be interested in. 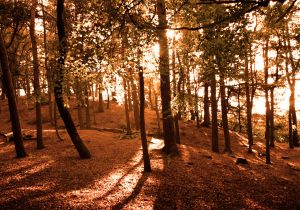 The Linchpin study found that the tweets studied experienced a 30% higher interaction rate when sent between 8am and 7pm. As far as how many tweets to send out in a day, the study found that one to three or four is ideal. Any more than that and engagement begins to suffer. Essentially, you become annoying when you tweet too much.

When you’re setting out to create an effective 2013 Twitter campaign, you’ll want to stick to posting during daytime hours, even on the weekends too. When your posting links in your Tweets, you’ll want to send only a few of them along with your regular posts and you should try making them image links if possible. The key is to focus on quality, not quantity. You want each tweet to count if you want to experience the most engagement with your followers and overall marketing audience.

Keep It Short and Sweet

When creating an effective 2013 Twitter campaign, keep your messages short and only use one or two hashtags to bring outside people into the conversation.

Ask for the Retweet

Many Twitter users, particularly novices to the platform, are apprehensive to ask for retweets. They’re afraid it makes them look too self-absorbed and spammy. Well, you no longer need to worry. The study found that tweets that asked for retweets received twelve times higher retweet rates than those that held back.

I hope you see the lesson here.

When constructing your 2013 Twitter campaign, ask for the retweet as often as you can (as long as you stay under 100 characters). Oh, and as a side note, when users spelled out the word ‘Retweet’, they received 23X more retweets than users merely typed RT. Spell it out, keep it short and you’ll be on your way to creating an effective 2013 Twitter campaign.

Now that we have the above tips, we can implement them into our 2013 Twitter campaign. Make sure you pay attention to the conversations, provide value to those conversations with short messages and lots of links and use hashtags and the word “retweet” to increase engagement even more.

If you stick to the above campaign and you pledge yourself to tweet daily, even on weekends if you have to, you’ll find that Twitter can be a great way to get in touch with and connect with your audience. Don’t just be a Twitter robot. Put feeling into your tweets, actually try to help people and, above all, let others you follow help you. Twitter is all about participating in one big community. Become a part of that community and your 2013 Twitter campaign will go mighty far.